I was anxious to write a project for some of the very gifted actors I had worked with on a stage production at the Hollywood Fringe Festival, mostly recent graduates of the relatively new USC MFA Acting program, which is churning out some amazing talent. When one of them told me the story of his New York apartment being robbed, it inspired a kind of “tall tale” based on that idea.

Cynthia Webster read the script and was immediately excited about producing it. As a cinematographer, she had won two Emmy’s, so when she agreed to be the DP, it was a perfect scenario for me, as a first-time film director. 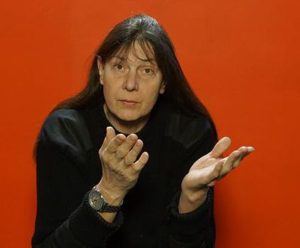 Since she owned her own studio, we were able to have many rehearsals over a period of weeks, on the set, and find the characters, in the way you would direct a play.

My philosophy is to cast the right people, and stay out of their way. When I first started directing on stage, I was a control freak. Now I try to tweak delicately and only when necessary. The state an actor is in, when he or she is acting well, is vulnerable. I believe great actors will eventually find their way, if given a safe space and a morsel of guidance, but that journey is largely an internal one.

It DOES take a village to create a film. This is the crew who worked so tirelessly on the project.